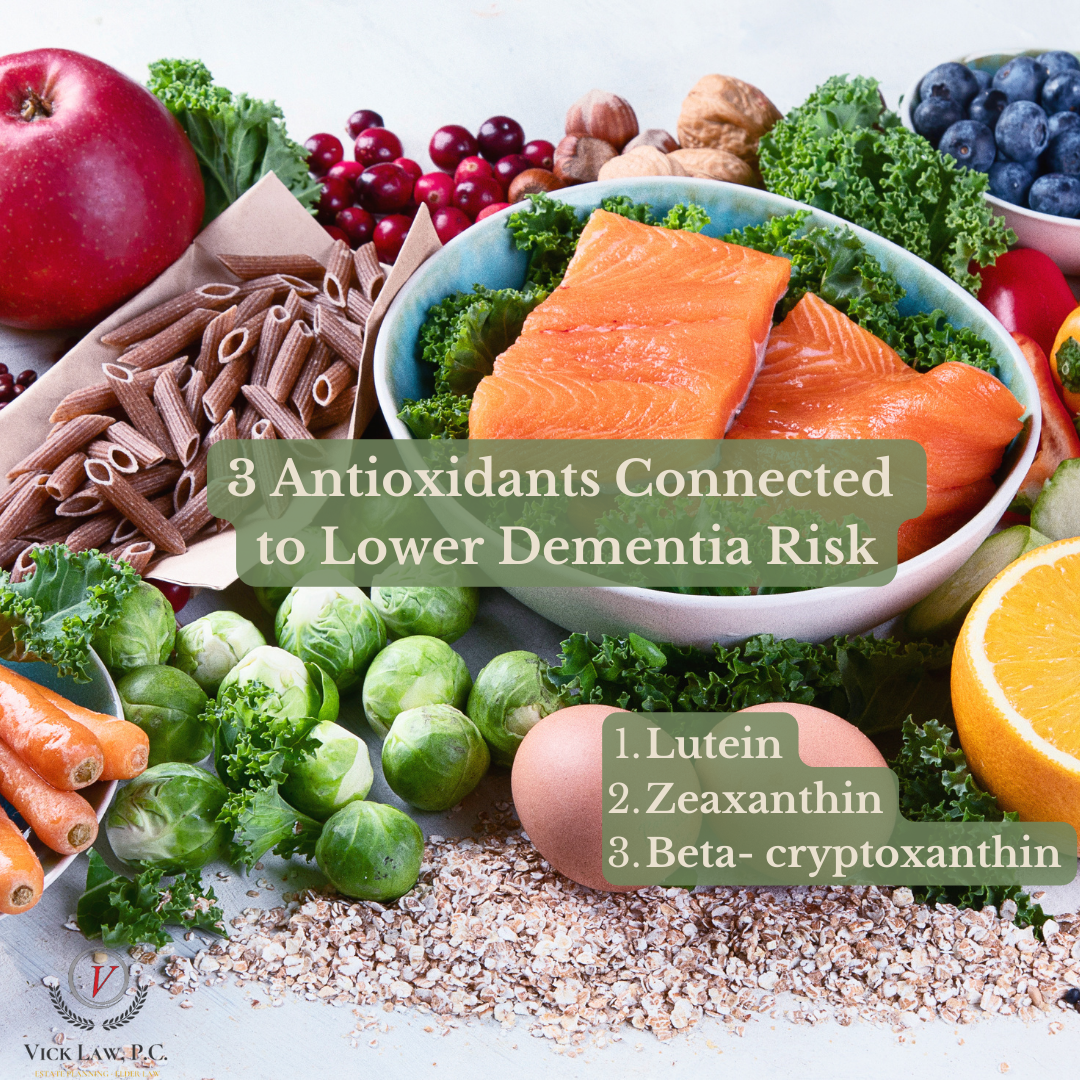 Can antioxidants lower dementia risks? Among the more than 7,200 adults — age 45 and older — who participated in a recent study, those with higher levels of three key antioxidants in their bloodstream when the study began were less likely to have developed dementia when they were tested an average of 16 years later.

Money Talks News’ recent article entitled “3 Antioxidants Linked to Lower Dementia Risk” reports that the study results were published in Neurology, the scientific journal of the American Academy of Neurology. They suggest that eating some specific foods might help your body get the antioxidants that could keep dementia away.

In a press release, study author May A. Beydoun of the National Institutes of Health’s National Institute on Aging in Baltimore says, “Antioxidants may help protect the brain from oxidative stress, which can cause cell damage.”

These antioxidants were cited in the study and the foods that will help your body obtain them:

While the study findings are encouraging, they don’t definitively show that eating these foods and obtaining these antioxidants will reduce your risk of dementia. For example, the study authors warn that antioxidant levels were based on a single blood sample. As a result, it’s possible the test might not have reflected the level of antioxidants in a study subject’s blood over a lifetime.