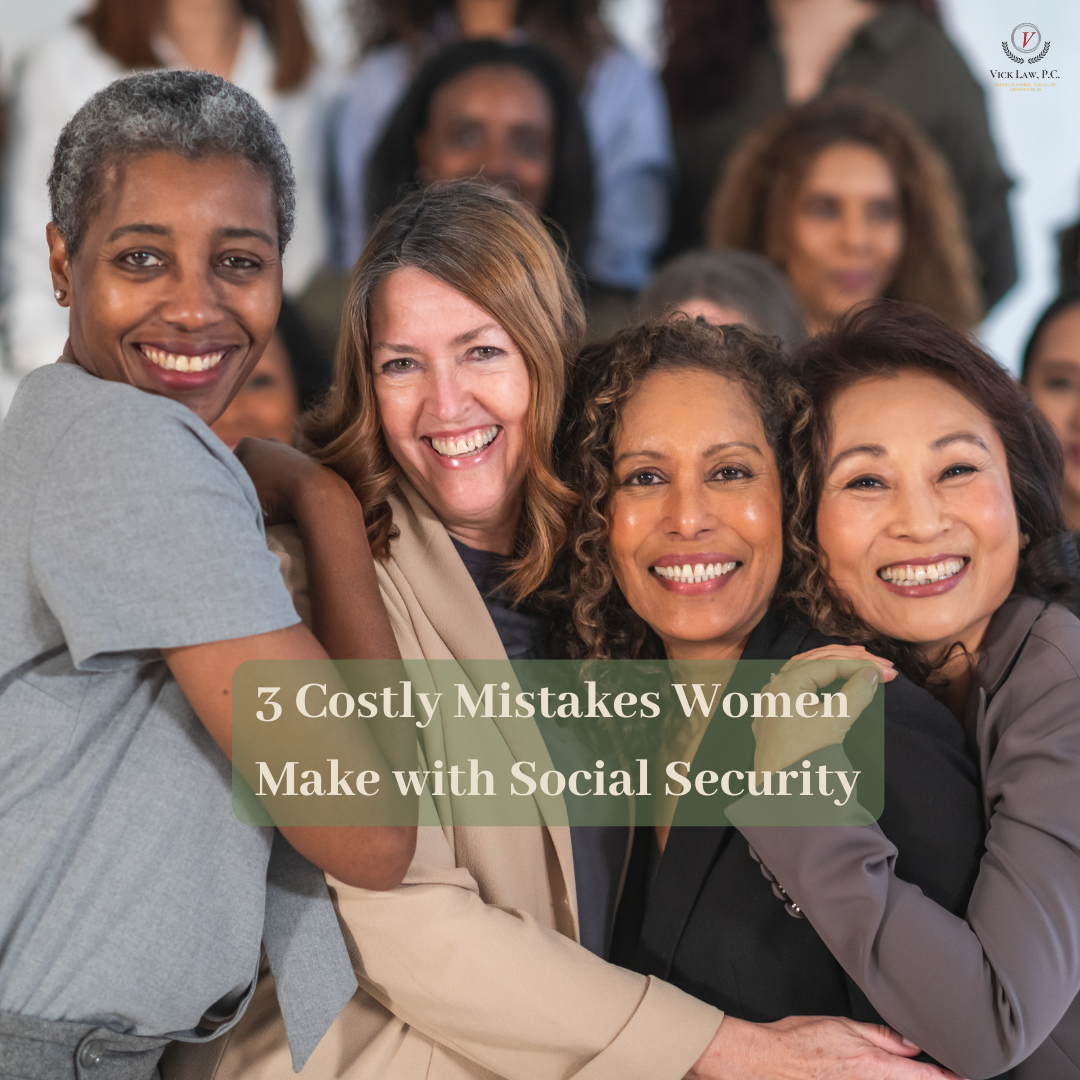 It's paramount for women to think critically about how Social Security will impact their life and estate planning. In general, women tend to make less money and live longer than men. This can result in lower Social Security benefit payments and other issues, says Money Talks News’ recent article entitled “3 Costly Social Security Mistakes That Women Make.”

The list below include 3 costly Social Security mistakes that impact women .

Talk to your spouse about how to best manage when each of you should file a claim for benefits. It’s best to coordinate your retirement plans and your Social Security claims. Book a call with Vick Law, P.C. today to discuss how Social Security may impact your estate plan.