Learn Why Having a Will is Important for Everyone 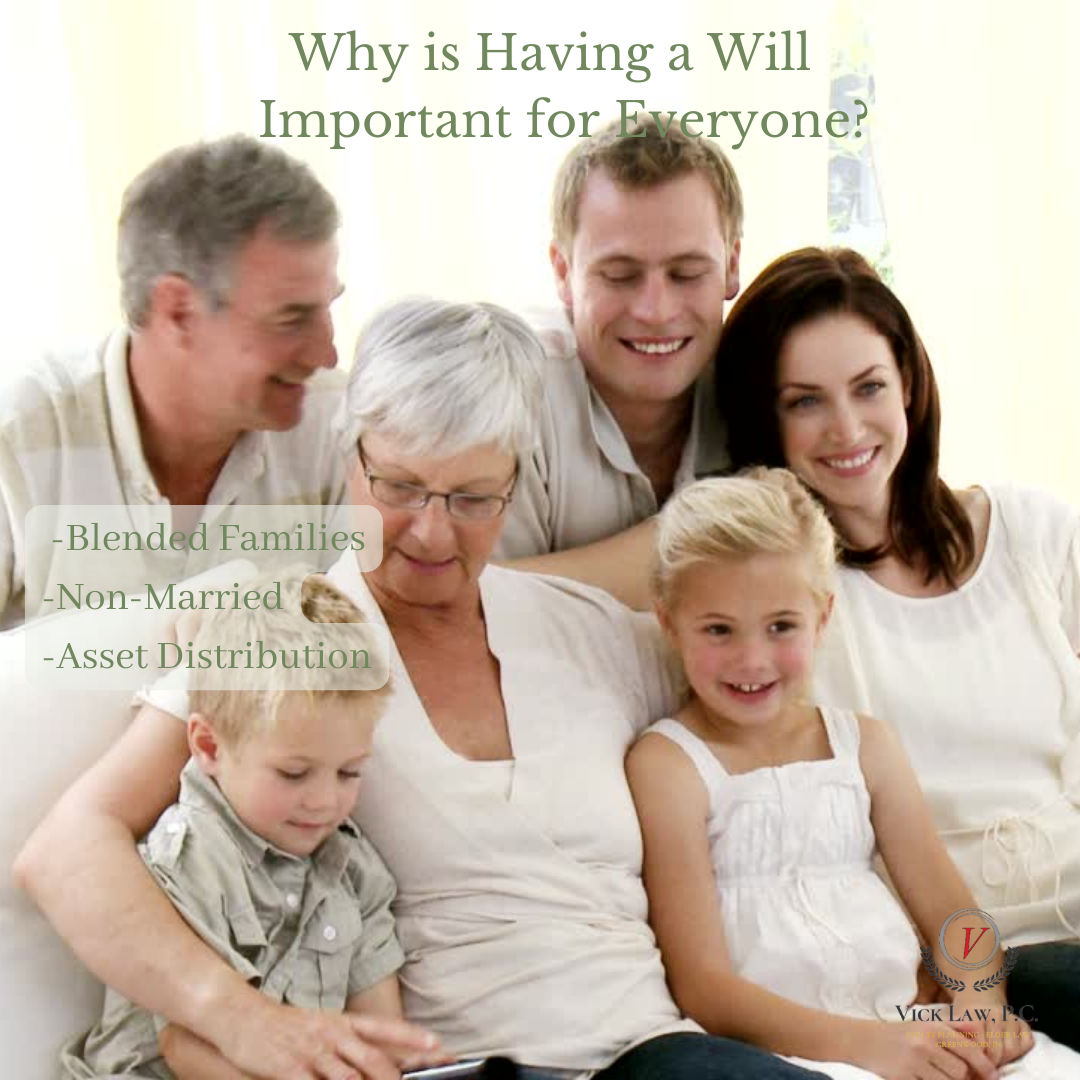 Why is having a will important? Most studies reveal fewer than half of American adults have an estate plan, including a last will and testament, to detail how they want property to be divided and distributed. Some portion of this group chose “alternative” types of estate planning, which may or may not succeed, others may draft a will late in life and many just never get around to it at all, says the recent article “The Problem With Wills” from The Atlantic. The stakes are higher than most people imagine.

What Happens Without a Will

Without planning for your demise, control of your assets, probably a lifetime of work, is given over to a decades-old bureaucratic system where your loved ones won’t have any say in what happens. Every state has laws to automatically designate heirs, known as “intestate-succession laws.” They vary depending on the jurisdiction. However, the hierarchy for distribution is traditional and inflexible.

If there is a spouse, the spouse receives most of the estate.

Not married? The children are the next inheritors.

No children? Biological parents or siblings are next in line.

Non-married, nonbiological family members will not receive any inheritance if there is no will. These laws were created decades ago and have not been updated to reflect the complexity of today’s American families. Nontraditional families, in particular, can be disinherited if there is no will and no estate plan. It sounds harsh—and it is.

Many people of modest means have property to pass along to heirs, from houses to personal property. A study from 2009 found people with six-figure incomes had more than double the rate of wills than those who earned less than $25,000.

While there are many reasons for this, much is the simple fact of people not wanting to think about their own deaths. Wealthy people may have more to protect. However, it’s also important for people of modest means to protect their families and their assets with an estate plan.

Who is Most at Risk

Nontraditional families are at greater risk for disinheritance. Despite the number of co-habitating people nearly tripling in the last 20 years, only one state (New Hampshire) allows non-married people to receive inheritance rights on the death of their partner.

Challenges also exist if a child is raised by a family but never formally adopted. The court’s position is the child is not next-of-kin. For blended families, the situations become even more tangled. A woman with a biological son divorces the son’s father and remarries. If she dies without a will, everything will pass to her new spouse, and the biological child, if receiving anything, will receive a small share. If her second spouse remarries and dies without a will, the child will be disinherited again, even though there may be remaining assets originally belonging to the mother.

The intestacy laws reveal how dated the system is. However, until they are changed to reflect the many different types of families, the best way forward is to work with an experienced estate planning attorney, such as Thomas A. Vick, to create an estate plan to protect all members of the family, traditional and otherwise.