Protect Your Spouse with a Medicaid Annuity 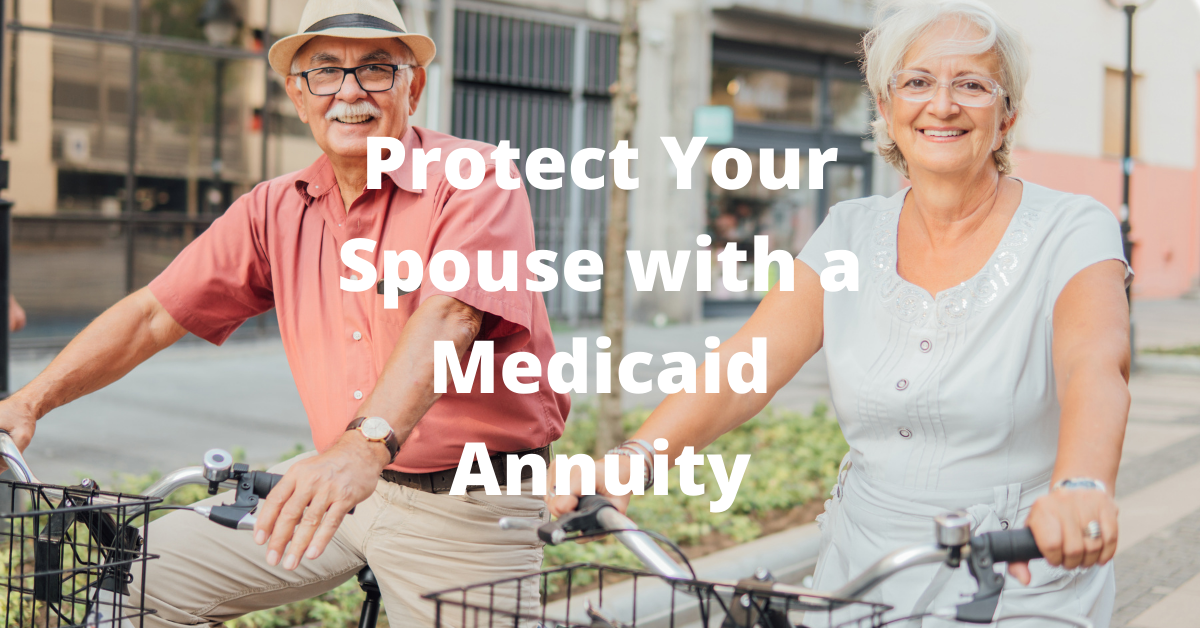 Many older adults do not consider that Medicare does not cover long-term care. However,  Medicaid is available when a senior’s financial resources are minimal, some couples face the possibility of depleting their own assets to pay for nursing home care and leaving the healthy spouse in a precarious financial situation.

CNBC’s recent article entitled “A ‘Medicaid annuity’ may be a useful option when your spouse needs nursing home care” says that some seniors are in a difficult position because they have extra cash that will keep them from qualifying for Medicaid initially. While some couples “spend down” their assets — paying off debt or making purchases that will not inhibit their Medicaid eligibility to qualify, another option may be to purchase a Medicaid annuity. This lets you convert countable assets (for Medicaid eligibility purposes) into an income stream for the healthy spouse — and not have it factored into the calculation.

Note that when you apply to have Medicaid cover the cost of institutional care, Medicaid takes a snapshot of your assets to determine eligibility. Assets are generally viewed jointly, even if they are in your spouse’s name. The specific limits on those assets (including cash, investments, bank accounts, etc.) depend on the specific state, but can be as low as $2,000 for an individual. However, for married couples, many states allow the healthy (“community”) spouse to keep up to $137,400 in assets (i.e., cash, investments, bank accounts) that do not count toward the eligibility calculation. Assets above that threshold are considered available to pay for the other spouse’s care.

In addition, Medicaid has a five-year “look-back” period in most states. That means they can review the previous five years to be sure any assets were not transferred to family members, just so the person could qualify for Medicaid.

An individual’s income also is a concern, since most states have a limit, typically about $2,500. However, the healthy spouse’s income generally is not counted. That is where a Medicaid annuity comes into play. If a couple has $100,000 above their state’s asset cap, they would buy an annuity with it that is payable to the healthy spouse, based on their own life expectancy.

The annuity must meet certain requirements, such as the state generally must be named as the remainder beneficiary for at least the amount that Medicaid paid for the ill spouse’s nursing home care.

It also must be an immediate annuity (it begins paying the income stream right away instead of being deferred) and be irrevocable.

If you have questions about Medicaid annuities, set up a consultation with an attorney that specializes in elder law, such as Vick Law, P.C., today to discuss Medicaid annuity for your situation.

Reference: CNBC (Jan. 26, 2022) “A ‘Medicaid annuity’ may be a useful option when your spouse needs nursing home care”